Why wgtwo? It’s a question we frequently get asked. It’s a bit of an odd name. It has a history, though. In the mid-1980s the GSM standard was being developed, and the process was turning into a battle between the technology giants of the time, often supported by their respective governments.

As the story goes, it was becoming a political fight and to resolve the situation, there was a decision to have a “free and fair” competition. Each company would drive the same route in Paris, and whichever technology performed the best under those demanding circumstances, would set the standard.

From Norway a small set of researchers from Sintef and Televerket had been working on modulation of radio signals to optimize interference. Spending time in the Norwegian valleys, they had found unique ways to manage this. Their technology won, and this small team beat the industry giants. They were all part of the GSM standard wgtwo.

We find inspiration in this story. We believe small teams can achieve great things when they are committed, and when they have the right mindset. In addition, several of the members came out of the predecessor to Telenor, which was also our original place of incubation.

Our company emerged from a Telenor laboratory. Frustrated with the inability to use mobile networks to conduct innovation, a team decided to rebuild the mobile network for a new age. In 2017 the concepts and ideas have developed so far it was time to take the next step.

Telenor saw an opportunity to continue to be part of the evolvement of wgtwo and also brought in Digital Alpha as investment partners for the new company.

The overarching goal has always been to create a radically innovative, radically simple and radically affordable modern mobile core. We believe that a new approach to the mobile core is a key component in advancing the mobile industry.

Since the start in 2017 the company has gone through several steps of development, and already in five months after launching we took our concept commercially live. Since then we have expanded scope to now offer a full mobile MNO core. We take a unique approach of building a platform for mobile operators where they can share in the benefits of an ecosystem. We are also one of the few operators in the world operating a mobile core at commercial scale out of hyper-scaler infrastructure.

We have been expanding, and alot of people are getting more interested in our technology.

We were selected by CKH IOD for their public cloud core network. We have migrated their core network to the cloud – delivering it as a fully managed software-as-a-service, deployed on AWS infrastructure. CKH IOD is a telecoms unit and international development hub of CK Hutchison,

We've teamed up with MKI in Japan to jointly deliver private networks in the local market.

Vimla, a challenger MVNO brand in Sweden, repeatedly wins "operator of the year" awards in their market - as voted by subscribers. Their core is developed and managed by Working Group Two.

The man behind the name​ 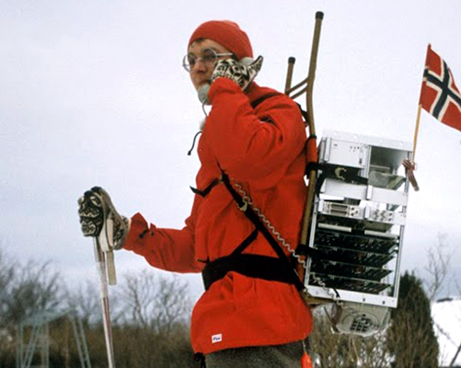