You’ve heard these terms a million times: Managed services and software-as-a-service. At first glance, they appear deceptively similar. You wonder, how are they different again? Understanding the difference between them unlocks a perspective on where the telecom industry is heading. 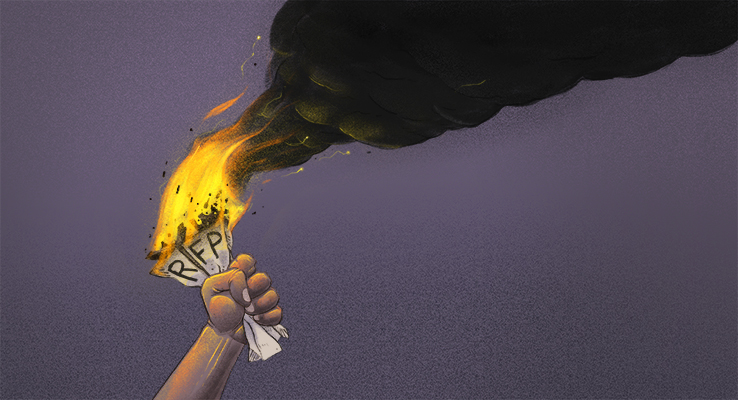 Consider CKH IOD, an innovation unit of CK Hutchison, one of the world's leading mobile operator groups. When they announced a few months ago that they will be moving their mobile core network to the public cloud - and have it delivered as-a-service by Working Group Two - they benefit from more than a new technology platform. They enter a new way of thinking about incentives - where vendors and operators truly share the benefits of growing together. More importantly, CKH IOD proves that they both can and want to innovate.

One of their main ambitions is to reduce complexity. The value of reducing complexity is to be able to make changes faster - and more affordably.

And therein is the power of as-a-service over a managed service. It’s the idea that you can only get platform thinking to flourish when you throw out your rigid approach of making every change a business case.

Granted, it’s not about totally letting go of control across commercial, technological, and legal dimensions. Your contract needs to allow for frequent, small changes while your tech setup needs to allow for safe and efficient rollout of these frequent changes.

Operators wanting to innovate must consider the underpinning, but tricky idea of incentives. To drive change, you actively need to manage incentives. In a traditional, managed services setup, operators specify a detailed scope from their vendors and conduct some kind of auction to select their vendor.

This means that when vendors respond to a request, their incentives are to deliver on the scope defined in the cheapest way possible. And that, in short, defines the relationship three or four years down the road until the next major request for proposals comes along. For the traditional vendor, the economic upside is to save cost by delivering as cheaply as possible and by driving as many pricey change requests they can. Fundamentally, then, things either remain static or every change needs a business case. Yawn.

Complex, yet simple animals. That’s the short way of thinking about operators’ incentives.

Simple in the sense that operators are driven by basic things like revenue per user, churn, and customer acquisition costs. They want to increase their topline and decrease their cost. They are constantly pressured to increase usage, adjust to macroeconomic conditions, and get ready to jump on the next “G.” The reality is often that they are unable to increase their revenues, so life is about finding the next avenue for cost reduction.

Complex, because achieving cost reductions and driving growth require changes. Just waiting for the next “G” delivers no differentiation versus competitors. Operators have been amazingly innovative in marketing and billing, but that is mostly driven by improvements in IT. At the network level, the fundamentals have essentially stayed the same since the advent of SMS.

To be a bit blunt, operators have in some ways chosen the worst of both worlds. They have chosen an outsourced model, but they’re not taking advantage of it. Technology vendors are essentially told how to solve the problem.

Instead, operators should give them a service-level agreement (SLA) with what they want to achieve and then let the vendor figure out how to solve it. While the rest of the world has figured out when to do things in-house and when to outsource, mobile operators are often stuck in the middle.

What’s the magic pill? Micro innovation at scale. How do you make it happen? In the words of Appledore Research, by understanding that as-a-service is more than a simple substitution of capital costs with an operational one - and more than replacing a one-time expense with an amortized one.

Here’s how Robert Curran at Appledore Research broke it down in his recent report on the significance of the deal between Working Group Two and CKH IOD.

Which column feels more exciting to you?

Clearly, Joe Parker, the CEO of CKH IOD, leans heavily to the right when he says this about taking the step of moving their core network to the public cloud:

“Our collaboration with Working Group Two to deploy our core network on the public cloud delivers simplicity, improved operational efficiency, and the ability to quickly develop new initiatives to meet market needs, with particular focus on the MVNO, IoT, and Private Network space. It’s about achieving scale and the highest levels of security while reducing complexity – to the benefit of our customers and ultimately, end-users in our markets.”

Ok, so there’s a historical perspective with regards to managed services to consider. Telecom workloads used to be considered extremely demanding, so you made hardware specifically for it - and then bundled the software. There was no such thing as the cloud, so you had to put your technology in every mobile operator basement. Making a change was almost impossible. Forget about driving micro innovations at scale.

In the modern day, where we do have a cloud - in all its varieties - and where the toolbox for change is available, there is still a lot of conservative thinking. Security and regulatory challenges are critical - but you need to find a way to frame and work with those challenges.

Better yet, think about the vendor of the future.

Operators should encourage them to get better at what they are doing at lower costs.

At Working Group Two we don’t want to charge for change requests. We want to deliver micro innovation as a service at scale and win when our customers and their customers win. That’s the only business case you should ever need to make.

We believe in a future where there are a smaller number of global mobile core platforms to which operators - big and small - can connect their radio networks. We think this will drive down the total cost of core networks down by 30-50% and the pace of innovation up orders of magnitude.