4G offers more services than the earlier generation such as 3G and 2G. One of the services has really have gained traction later years is VoLTE (Voice over LTE) and VoWifi (Voice over Wifi) that we will go more in dept regarding security.

VoWifi is beneficial in terms being able to use any Wifi connection offering public internet access thus extending and improving the coverage and connectivity. Think of it as building our own cellular network, but using commodity wifi components instead and avoiding the strict regulation and licensing of spectrum.

The international mobile subscriber identity (IMSI) is a number that uniquely identifies every user of a cellular network. It is stored as a 64-bit field and is sent by the mobile device to the network. It is also used for acquiring other details of the mobile in the home location register (HLR) or as locally copied in the visitor location register. To prevent eavesdroppers from identifying and tracking the subscriber on the radio interface, the IMSI is sent as rarely as possible and a randomly-generated TMSI is sent instead.

The IMSI is a secret identifier stored on the sim and can be exploited in many ways once known. It is bound to the sim, so changing UE will not help.

When your phone is connected to datanetwork and with volte and vowifi enabled the device (UE) establish sip session directly to packetgateway via 4g, and via public internet to epdg (evolved packet data gateway) which is in essence a ipsec (ikev2) termination using SIM-AKA to authenticate UE. The ipsec comes into play since epdg is exposed publicly.

We won't go further in depth for volte and vowifi since there are already excellent articles about the matter:

To enable VoWifi on your device, please refer to your device manufacturer website:

Also check on your operator website if VoWifi is supported in your region. Please note that VoWifi is usually blocked when roaming.

EPDG exposed on the public internet​

The Evolved Packet Data Gateway needs to be publicly available on the internet since UE needs to access it from an arbitrary no-trusted connection. The ipsec will secure and encrypt both the data and maintain the integrity of the connection throughout the session.

The UE finds the epdg termination point by looking dns records partly following a convention decided by 3gpp and typically looks like this in DNS:

From the DNS records we recognize the network operator (MNC) and the country code (MCC).

The DNS records are registered under a delegated domain owned by GSMA and usually are redelegated to operator under their own umbrella, like the example mnc999.mcc999.pub.3gppnetwork.org.

When UE establish session to epdg it uses a vpn, a ipsec relationship using IKEv2 for authentication, encryption and integrity.

So far the implementation works as intended and provides good security through encryption and security.

The problem is not the VoWifi per see, by rather how ipsec establish the session. When UE connects to the epdg, it acts as a initiator and the epdg is inherently passive since it cannot know where from (ip) the UE will come from. 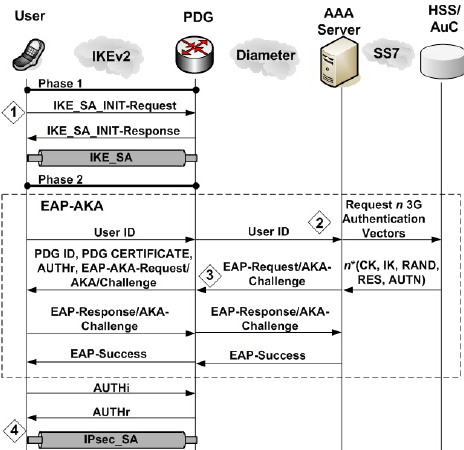 Vowifi as mentioned earlier utilises an encryption protocol based on the widely adopted Extensible Authentication Protocol. EAP itself is just a protocol and does not define the contents of the data or how exact the data exchanges look like. EAP-AKA unfortunately exposes the unencrypted user identity during the authentication session and in this case the user identity is equal to the imsi.

This is the hardest problem to solve since it needs a security layer or settings that comes before ipsec starts to connect.

By impersonating a epdg by redirecting all dns requests for any pub.3gppnetwork.org. to our own fake ipsec termination providing just enough to catch the imsi.

A raspberry pie can easily be setup to constantly scan for open wifi networks, then impersonating the ssid in hope of lure ue's to connect. Any UE set to use VoWiFi connecting to the fake access point will give away their imsi.

A wifi ssid scan example of what we can automate. In this case the Isfjell-Guest would have been picked to catch imsi since its open and unencrypted:

Ipsec clients (UE) are able to verify the identity of the epdg by requesting and validating a machine certificate proving it is the actual service belonging to the requested dns address. This means when the client connects, the server has to provide a valid certificate containing the dns names and signed by a trusted CA.

The specific physical setup used for testing. Older PI's should work just fine and also other platforms that can run dnsmasq, tshark and strongswan for ipsec with support for eap-aka/sim. 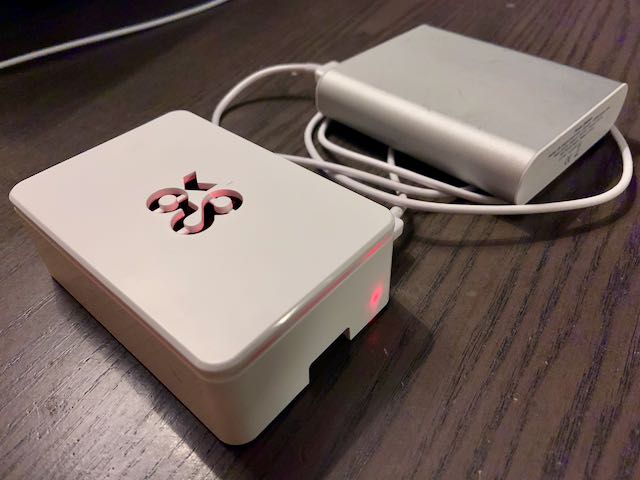