The AWS Snowcone is a small form factor server that was originally meant for data transport to AWS data centers. However it can also be used as a small device running compute workloads. We wanted to evaluate the performance of the Snowcone as it is a quite intriguing piece of technology which we might want to use as a an on-premise UPF (User Plane Function) in low-throughput 5G networks (think IoT or Proof of Concept deployments).

Once receiving the Snowcone it still displays the shipping label on the top of the unit. The IO Ports are hidden behind a flap at the back of the unit and the power switch including two LEDs are at the front of the unit.

Upon powering it on, the Display will show the IP address of the Snowcone along with a message that the device is Locked and needs to be unlocked using the AWS OpsHub Software which is available for Windows, OSx and Linux (AppImage). 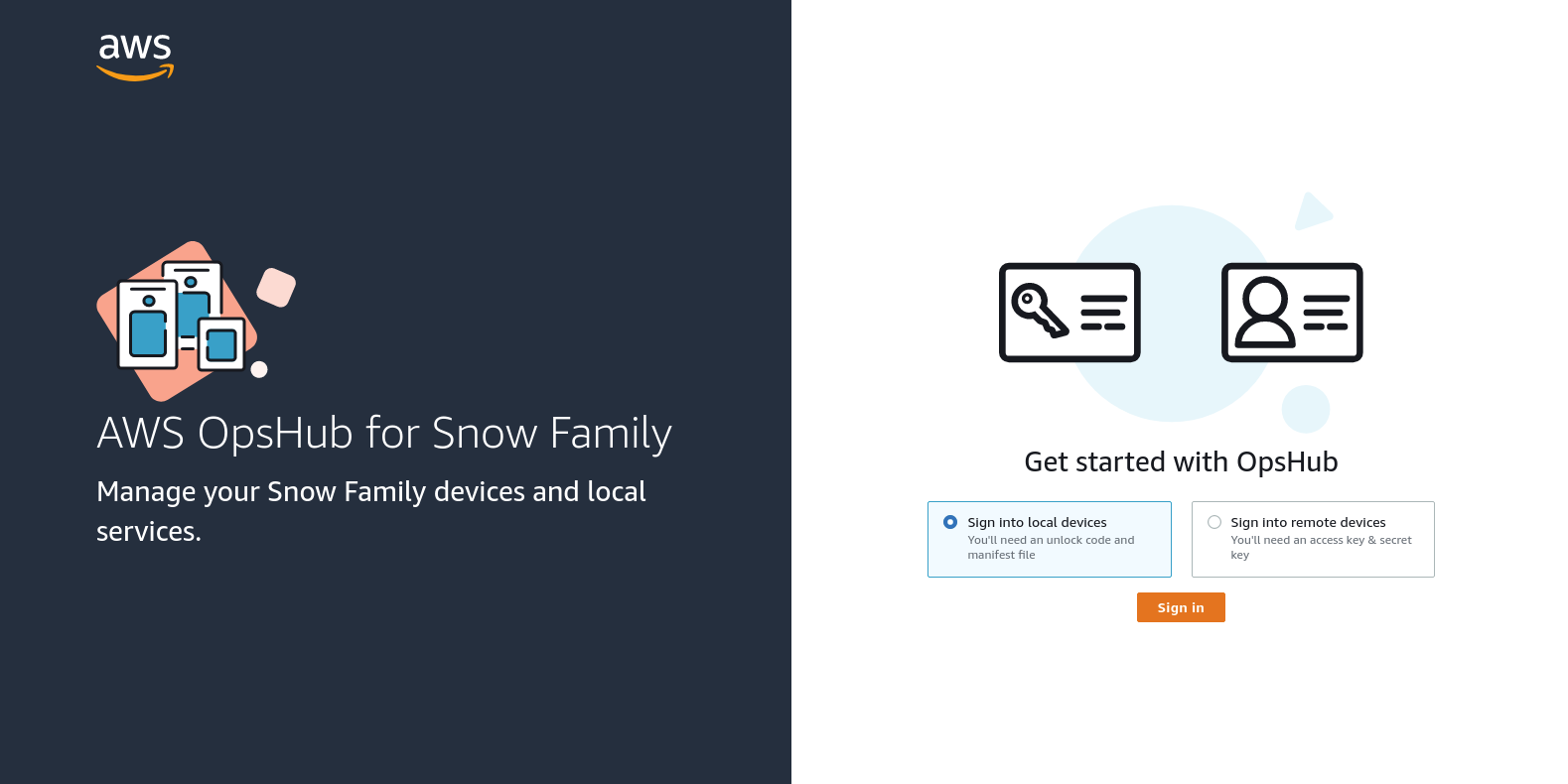 In our case we wanted to use a local device, so we selected this option 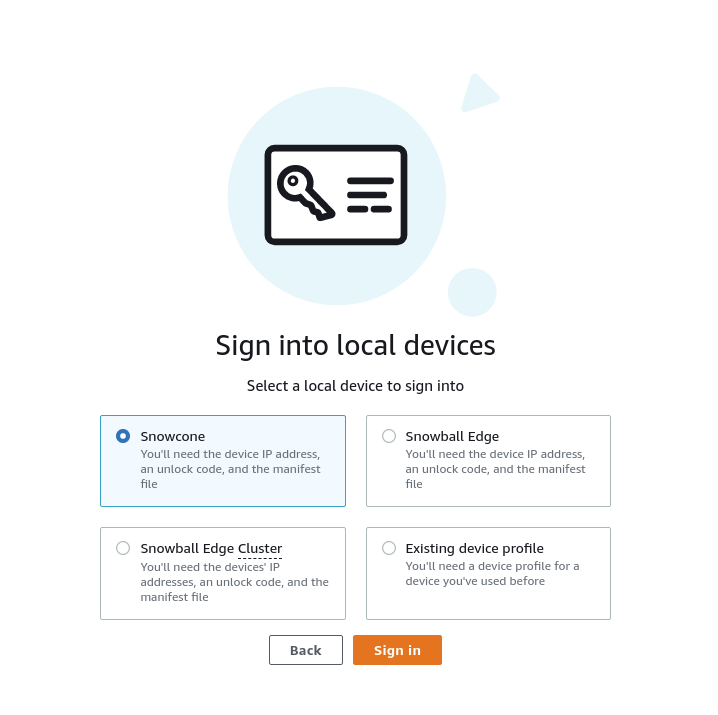 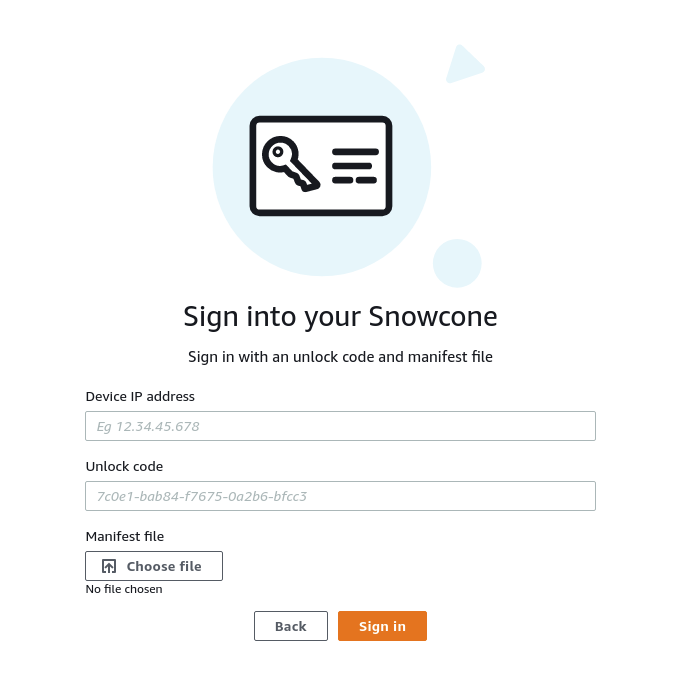 At this point you have to login to your AWS Console and navigate to the “Snow Family” Service where you should see a so-called JobID for a Snowcone. The Snowcone Job Details will let you get your Unlock Code and the Manifest File, which are both needed to sign into the Snowcone device.

Since the Snowcone is very limited in resources, there are special Instance types for it:

Also there are only two AMIs available for it now. However it is possible to import EBS Snapshots onto the Snowcone, which we have not done as the procedure was too long and we could do with the AMIs provided. 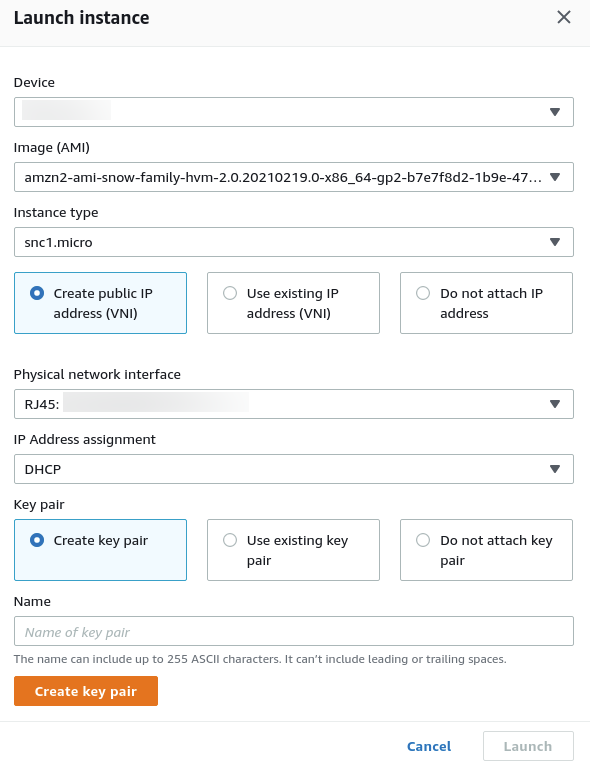 Since our use case was to run a UPF on it, we started the largest instance type the Snowcone would allow us and started exploring.

Since the available AMI is an Amazon Linux 2 AMI we were not super familiar with it. However, since it is Red Hat-based we kind of knew what to expect.

The kernel coming with that AMI was a 4.14 kernel, which was too old for us, so the first thing was updating to a 5.15 kernel. We followed this guide first kind of sluggish and noticed that it's not a good idea to skip instructions, thereby bricking our instance. Which made us find out that there are no logs of the boot process or a webshell, like we are used to from EC2.

Second time's the charm though and we did have a working instance with a 5.15 kernel. Interestingly enough the device key for SSH changed when upgrading from 4.14 to 5.4, but that was only a minor nuisance. So we thought let's do some exploring what we actually have here.

There was not too much information here. So let's have a look at the CPU Information.

After digging a bit through dmidecode (we are engineers right?) we also found this additional piece of information 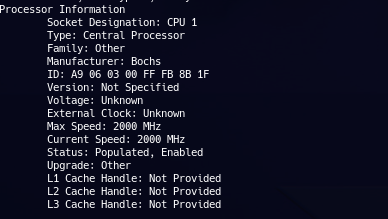 The interesting part here is that the Manufacturer is designated as Bochs, which is a x86 and AMD64 emulator. So maybe it's not a virtualization engine driving the Instance, but an emulator?

But now back to our original plan to run a UPF (User Plane Function for 5G) on the Snowcone. For this to work we needed 2 network interfaces as our original plan was to use DPDK to run it. This is where we quickly found out that an Instance on Snowcone can only have 1 Virtual Network Interface (VNI).

In there we found a different type of network Interface, the so called Direct Network Interface (DNI), and according to documentation, the Snowcone supports up to 63 DNIs attached to it. So we created a DNI and attached it to our instance. To our surprise it showed up as an Intel X553 Virtual Network Function(VNF), so this is basically Single-Root IO-Virtualization (SRIOV) at work here. Which also makes sense because the X500 series supports up to 64 VNFs (minus the one used by the snowcone itself).

So we started deploying our DPDK-based UPF on the snowcone. Creating a DNI and attaching it to an instance was fairly easy with the SnowballEdgeClient. However, when restarting the instance, it would not come back. After talking to AWS we found out that this is a known behavior and should simply detach the DNI before each reboot. This solved the problem even though it brings some operational problems with it in the long run. Hopefully this will be fixed in a future software release.

Once the DNI is attached to the instance, one has to do some additional configuration on the instance for both the VNI and DNI to get IP addresses. We found the relevant guide in the AWS Documentation and our DNI got an IP Address.

With those parts out of the way, we could deploy our DPDK-based UPF on the Snowcone and could use it as a UPF.

Evaluating the performance of the Snowcone device was actually what triggered this whole exploration. So let's look mainly at the networking performance and also slightly at the cpu performance.

For this we are mainly using iperf3 to evaluate the throughput. The Snowcone as well as our test machine here in the lab have a Intel X55x 10Gbit NIC.

When the Snowcone snc1.medium instance is the iperf Server:

When the Snowcone snc1.medium instance is the iperf Client:

From these very simple benchmarks we can already see that the EC2 instance is struggling with pushing out anywhere near line speed. In other words it seems like it is CPU bottlenecked. When running a htop while running this speedtest does confirm that one of the CPUs hits 100% utilization every now and then. This makes sense because iperf3 is single-threaded by design.

We then did run a speedtest to a local speedtest server using our userland UPF from a UE and this is basically the result. 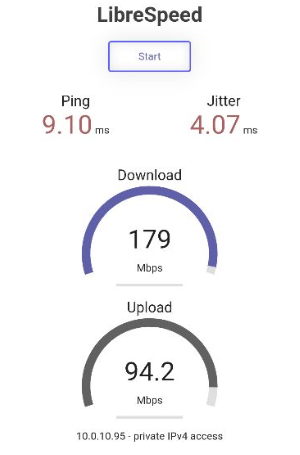 Looking at htop again, we can see that now both CPU cores are pegged at 100% since the UPF is actually multithreaded. So even if the EC2 instance in Snowcone can push about 6 Gbit/s on iperf3, with the additional overhead of GTP encapsulation and de-encapsulation, it can only do about 180 Mbit/s.

We know that our userland UPF will be able to push around 500 Mbit/s on other machines, so this is a clear limitation of the Snowcone.

With the DPDK based UPF however we are able to have higher throughput. DPDK will take control over the DNI and use a poll-mode driver for packet processing. So one CPU core will always be pinned at 100% and the NIC will disappear from the instance. 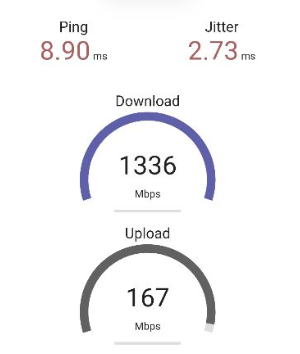 This is actually the maximum speed we can get out of our gNodeB. So we are pretty happy with the result.

We hope you liked this short look at the AWS Snowcone, and we will for sure explore the Snowcone further. It's a nice little device that will be especially useful for smaller deployments or PoCs of our Packet Core as it can be easily remote-managed and transported everywhere.