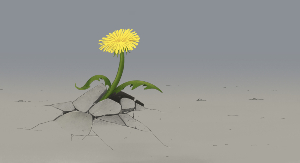 1. What was your first meeting with a live mobile core?​

I started working for Bouygues Telecom, the third French mobile operator, in 1995. This was during their initial rollout. I was working as a BSS field technician and I participated in the deployment of the first Mobile Switching Center (MSC) in the south of France.

This node entity alone completely filled a 400m2 room with three rows, hundreds of back-to-back racks and thousands of specific boards and items... This was very impressive and scary! This equipment was able to handle 100 000 subscribers to make voice calls. SMS had not been introduced at that time 🙂

After that we’ve seen the telecom world developing rapidly. First we saw smaller room sizes with more compact boards and shelves. The cores could handle more functions, had more capacity and could support more subscribers. This was the last step of pure telecom hardware using common vendor boards (also known as Advanced Telecommunications Computing Architecture - or ATCA). This was also the end of Time-division Multiplexing (TDM) and the start of Internet Protocol (IP) transport. Shortly after virtualization arrived, first on dedicated blades on-premises and today on the public cloud.

2. Which role does the core play in a modern mobile network?​

Today network technology and standards are going through rapid evolution. This is quickly making equipment obsolete. A core network needs to stay up to date to handle new functionalities, network slicing and so on. Virtualization on the cloud is the way to be able to follow this race with lower investment and faster than conventional core equipment for mobile operators. Internet of Things (IoT) operators, for example, have many subscribers but with low revenue for each subscriber, so to stay profitable it is less expensive for them to go with Network As-a-Service (NaaS) than with a traditional core network.

3. What are the main challenges with making mobile cores programmable and running them as-a-service?​

Running a mobile network as-a-service has many benefits for operators. Networks are increasingly complex so it is difficult to retain the competent people you need to operate them, maintain network performance, and to deploy the latest technology updates. It is also attractive with the shift to a pay-per-use subscription model and the possibility to scale up or down as needed.

Want to learn more about Working Group Two’s cloud-native and programmable mobile core platform? Get in touch with us